This was the first thing that I put on after my clothes! My official pass.... Wow.... Today was the day I was going to Kennedy Space Centre (KSC) 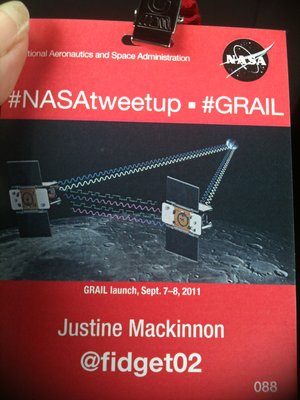 When we arrived at KSC, We were directed into a huge room laid out for us all. Power sources so we could tweet during the afternoon. 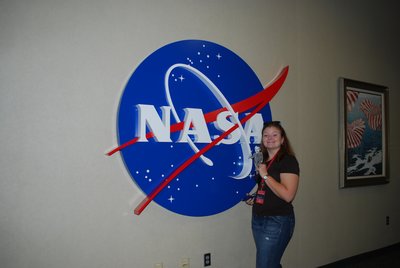 I sat at a table with some of my fellow housemates. We had to introduce ourselves saying our real name, Twitter handle and an interesting fact. My interesting fact was that I was the first and only female Manager of the Airfield at one of the Worlds busiest airports - London Heathrow! Hearing some people's introductions I did wonder how on earth I was there, Scientists, Mathematicians, Physics experts, Space experts and then me! - I will explain why I think I was there when I do my summary of the trip. 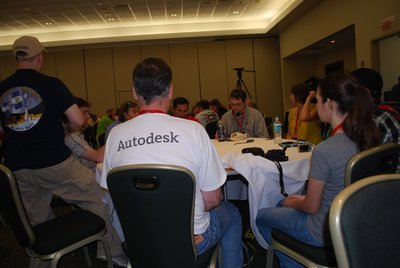 We were all put on coaches and taken off ready for our tour, Places visitors etc never get to see. I had rough expectations what we would see but everything we saw, heard and did totally surpassed everything I had imagined.

The first stop was at the Vehicle Assembly Building (VAB) 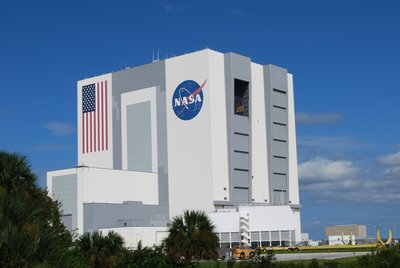 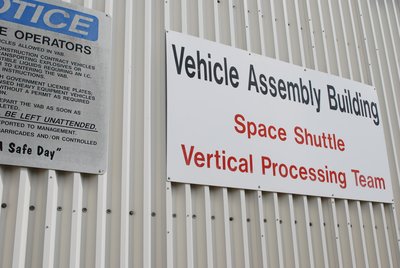 We were told do not look up when you first walk in, Just keep walking then look.... I felt dizzy when I did look up. It was so damn high and enormous! I have never been in such a building and had the sense of space, Not even Terminal 5 at Heathrow before it was fitted out. You could almost feel the emotions that people had left in their from when they had worked there. We were all so quiet and our heads I believe full of our own thoughts. 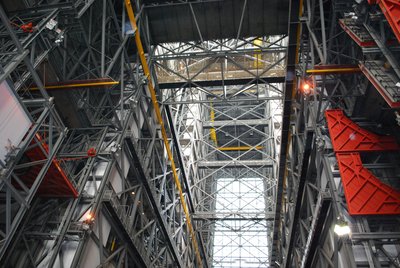 Some facts about the VAB taken from Wikipedia:

I am hoping the above facts can really make you sense how big this building was.

We were told we were in for a surprise and walked round the corner and there was "Endeavour". I just couldn't believe what I was seeing. This shuttle had been into space. It still had "Space dirt" on it. Bumps, nicks and scrapes. This was the real thing! I have to admit that it just tore at my heart that I was seeing something as special as this. I just could not get enough at looking at every part of her. She was just stunning, A work of art, An engineering feat. Please humour me here as I am going to post quite a few pictures and facts of this wonderful piece of history. 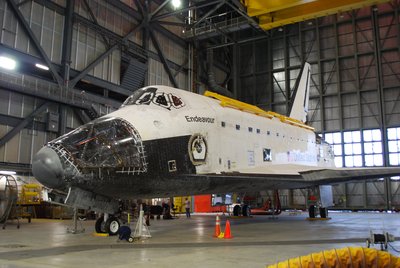 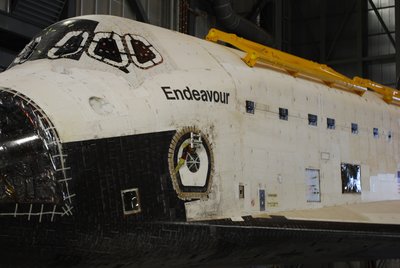 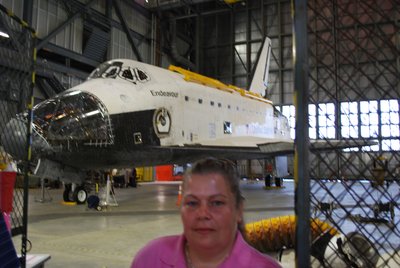 These facts just show how exceptional she was..... and I have seen her close up. Still amazed and emotional at the thought of it, Even a week later I can remember exactly how I felt when I saw her!

On the way out of the VAB we were shown on one of the walls where everyone had written their names who had worked on the Space Shuttle Programme - What a fantastic job they all did. 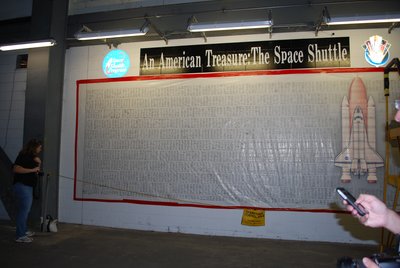 Next stop on the tour was to the clock! I was going to actually touch and stand by "The Clock" that I had watched on TV so many times! 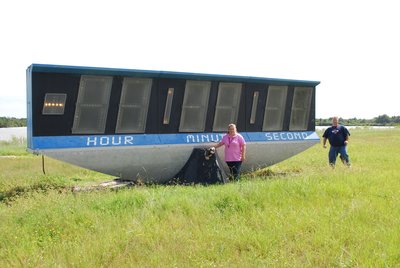 Comments on this blog entry are now closed to non-Travellerspoint members. You can still leave a comment if you are a member of Travellerspoint.

If you aren't a member of Travellerspoint yet, you can join for free.