Arriving for NASATweetup at the house

Sorry for the delay of yesterday’s blog. It was such a busy, fantastic amazing day. By the time I got to bed last night all I wanted to do was sleep!

Woke up at 06:00, Just could not sleep was so damn excited. It was even more than waiting for christmas.
Vanessa arrived at my hotel, We had Starbucks and I tried my first Apple and Cinnamon bagel filled with cream cheese. I actually though, Oh no she is weird!! It was so damn tasty and wow - I want more! 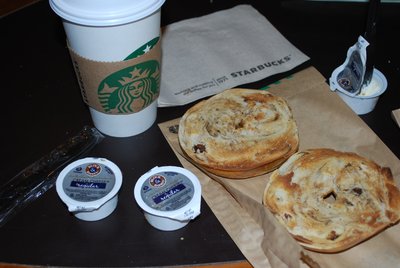 We both shared a cab to the airport to meet Erin another fellow housemate who was going to drive us to the townhouse we had rented.
Whilst waiting for Erin to arrive at baggage reclaim, Vanessa asked me to look after her stuff while she visited the ladies. On her return she said to me - That she had just left all her wordly goods woth me a complete stranger and I could have run away with all her belongings. I replied as an ex Airside Manager at Heathrow, You would have thought I would know damn well better than to look after suitcases while the owner wandered off!! We both found it vastly amusing and then I said oh well, You can now look after mine while I go!!
Erin arrived, It was obvious who she was as she was wearing her GRAIL T-Shirt. We went and got in the car. Vanessa made us laugh she went to get in the driving seat as it was a different side drive car. We both laughed but I have to admit I would have done exactly the same thing!!
Vanessa sat in the front as I thought she would navigate better than me. sadly she could not find a map in the book! 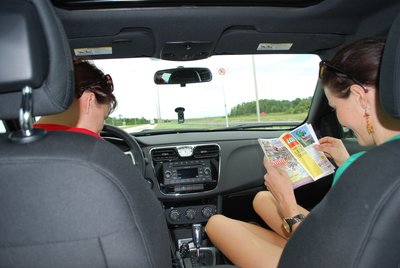 Erin drove us to Wal-Mart (A supermarket)! WOW - Poor Erin and Vanessa were both mortified when I took my camera in with me to photograph the different types of food! All ready peeled coconuts, Drinks called Fuzzy Navel! 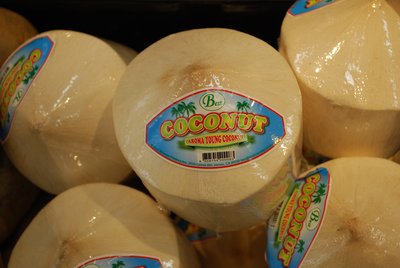 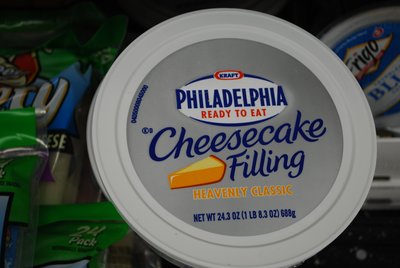 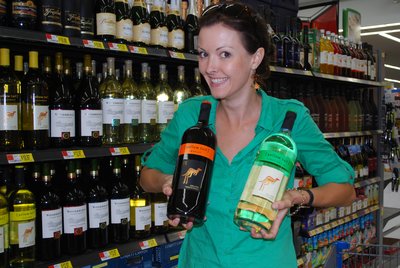 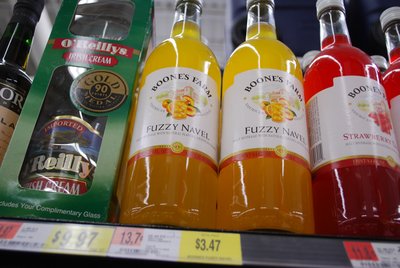 The three of us then went to get our NASA credentials I received a tweet from Vanessa on route.Vanessa said do you think we should tell Erin she is driving on the wrong side of the road, I replied no as she may just drop us off and leave us at the side of the road with the alligators!
Were were one of the first to arrive and were given some extra goodies, I am the proud owner of a NASA Rubick cube! All my credentials tallied up so I was issued my NASA pass and a NASA goodie bag. We all put our lanyards on and it then became so real for me that this was actually happening! 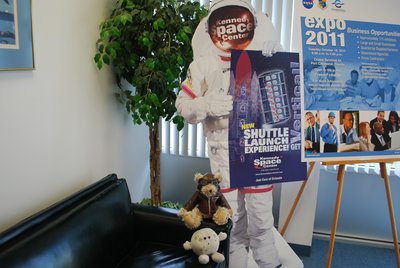 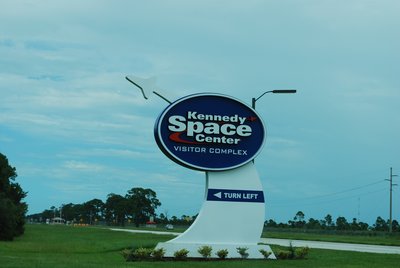 On arriving at the townhouse, Vanessa managed to work out how to get into it. It was such a cheap deal for the 10 of us to share, I was a little concerned what kind of place I had secured for all of us.
On entering the house the three of us just could not believe what we saw.... WOW, What a place. I won’t go into details as I am posting all the pictures. I was going to share the master bedroom with Melissa and Kelly. It was Huge!! 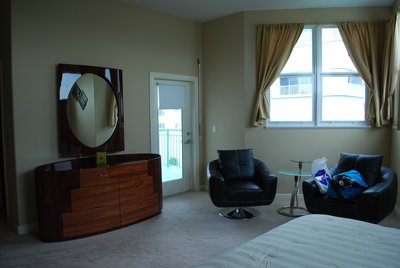 The bathroom has the biggest spa bath I have ever seen, A big walk in shower, Toilet and 2 complete sinks on either side of the bathroom. 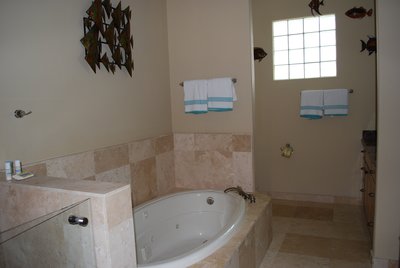 We then fell about laughing our heads off - They was NO door to the bathroom!! So it was then decided no photography to be performed from the bedroom (Jason later added, well not for publication outside the house)!! NO damn way!! 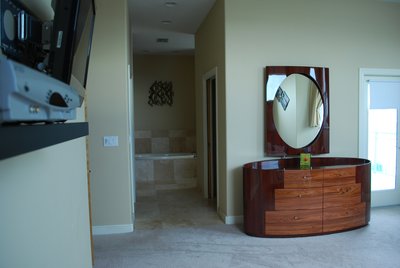 The kitchen and all other rooms were stunning! 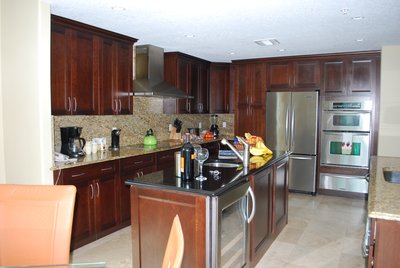 All the other housemates arrived - Jason with boxes of Chips (Crisps in American talk), Popcorn in a huge box, 3 packs of 35 bottles of water, Red and white wine and the bottle of Bourbon he promised to bring. It was fantastic to put a face to a name. All the housemates really started to mix and get on. I now know what BIg Brother must now feel like! 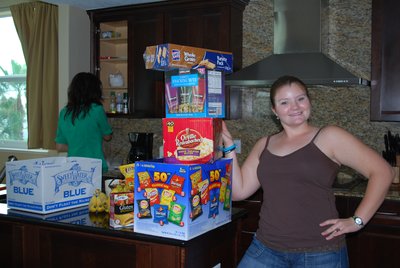 Everyone are just so great, Have wonderful personalities and I am total awe of all their knowledge on space etc... I have never felt so out of my depth. Everyone one of them have been fantastic. They are explaining as we go now. They have all been studying or working with space etc for years. Where as I have only been getting involved and interested since meeting the most wonderful friend Dr Lucy Rogers. ( I have a best friend who is a rocket scientist)! She has written a book called - It’s only Rocket science.... Really shows how rocket science is but in a simplified way. A great book to start with to understand... You can see it here Sorry drifting off there!! Thanks Lucy for introducing me to this subject and for everything else too!!
Back on track now.... Vanessa and I decided to walk along the boardwalk onto the beach infront of the townhouse. We both paddled. OK, I have not seen surf waves like it... We paddled, the water was so warm.... I went in and hey, I got caught by a wave which came from no where and soaked me... Off course Vanessa found it very funny!! 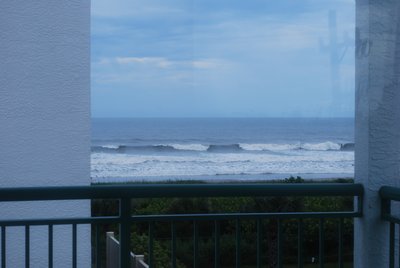 Everyone started to get ready to go out for dinner to meet about another 40 people that were attending the NASATweetup at Dixies Seafood Restaurant. Putting more names to friends I had communicated with. Ordered a Margarita, It was good by my God it was salty. 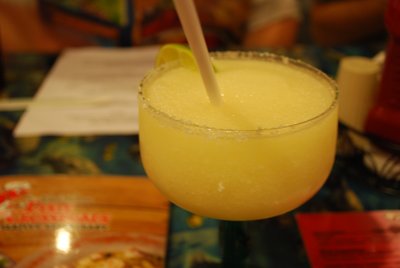 I tried a strawberry margarita. So tasty and did not taste of alcohol sadly as I drunk mine quite quickly! 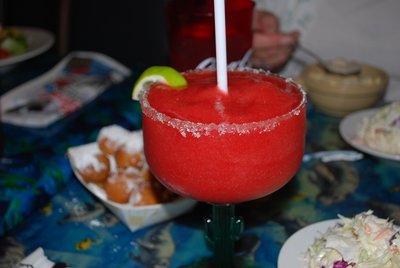 The food was tasty and good, I had 3 bacon wrapped shimps and 3 coconut shrimps with fries and coleslaw. So big and huge shrimps that were so delicious 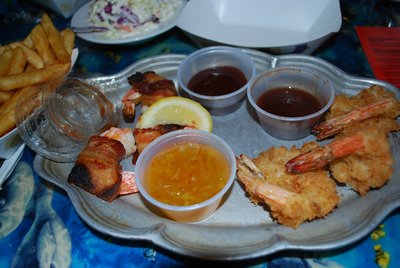 Sierra and I went outside for some fresh air, On the way she decided to try and chat up the shrimp! 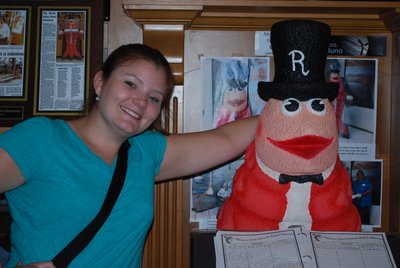 We then got chatting to the local Sherriff. A really friendly guy with a big gun! He put handcuffs on me!! What a laugh and I even got his business card! 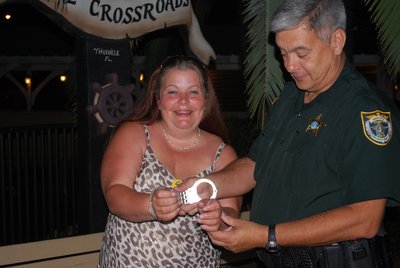 Back at the house later Jason opened the Bourbon he had bought from home. Wow... So smooth especially when drunk sitting with your legs dangling in the pool.
We finally all crashed out just before 1am!
What a great load of housemates - Thanks guys!

Posted by Fidget 20:39 Archived in USA

Previous Next Table of contents

surprised you could write so late at night with early morning wake up - Great story - Eileen another travel blogger http://www.freelancetourist.com/media-release-orange-county-resident-150-nasa-tweetup-grail-twin-lunar-delta-ii-rocket-launch/

So happy I didn't undersell NASA to you! Looking forward to the next instalment - Gx

So happy you got photos of the house! I got most of it but missed the master bedroom as Kelley was having a nap. Reading what you've written is bringing it all back to me. Regretting not having gotten in earlier in the day to help everyone get settled in.

Comments on this blog entry are now closed to non-Travellerspoint members. You can still leave a comment if you are a member of Travellerspoint.

If you aren't a member of Travellerspoint yet, you can join for free.